Coniston Old Man (or The Old Man of Coniston if you prefer) had been on my 'hit list' for this year, and with the imminent return to work, today was the last chance.  I was flying solo today as my SOTA buddy, Nick G0HIK, was unavailable.  I was conscience of not being able to get parked on this one.  Due to the school run, I didn't get to Coniston until gone 9.30am, but after driving up to Walna Scar carpark, I was pleased to see it only 3/4 full at just before 9.45 on a Thursday morning in July (the week before the school holidays).  Parking cost £8.00 for up to 9 hours, it was a bit of a faff as you can pay via an app but with poor mobile signal that wasn't practical - fortunately there is a pay and display machine just by the main gate.  There's an extremely well defined path, and if there wasn't you only need to follow the streams of other people going to the summit !  it was a particularly hot day (the hottest of the year), and it made the going hard.  It's a steep old path and it really was a bit of  a 'back breaker'.  I'd say this was the hardest summit I'd done this year, but the heat played a big part in it.  Time to the summit was around 1 hour, 20 minutes which also included allot of short stops, and a little look at some of the old mine workings and buildings that are visible half way up.

As you expect the summit has a great 2m takeoff, so was able to work many of my usual chasers and managed 25 FM contacts in total, including 1 S2S QSO to Long Mynd - Pole Bank.  Thanks, as always, to those who came back to my calls, and everyone I've worked over the last few months.  This is the final SOTA for a while as my time will now be spent back working.  Hopefully I'll get some more SOTAs in later in the year! 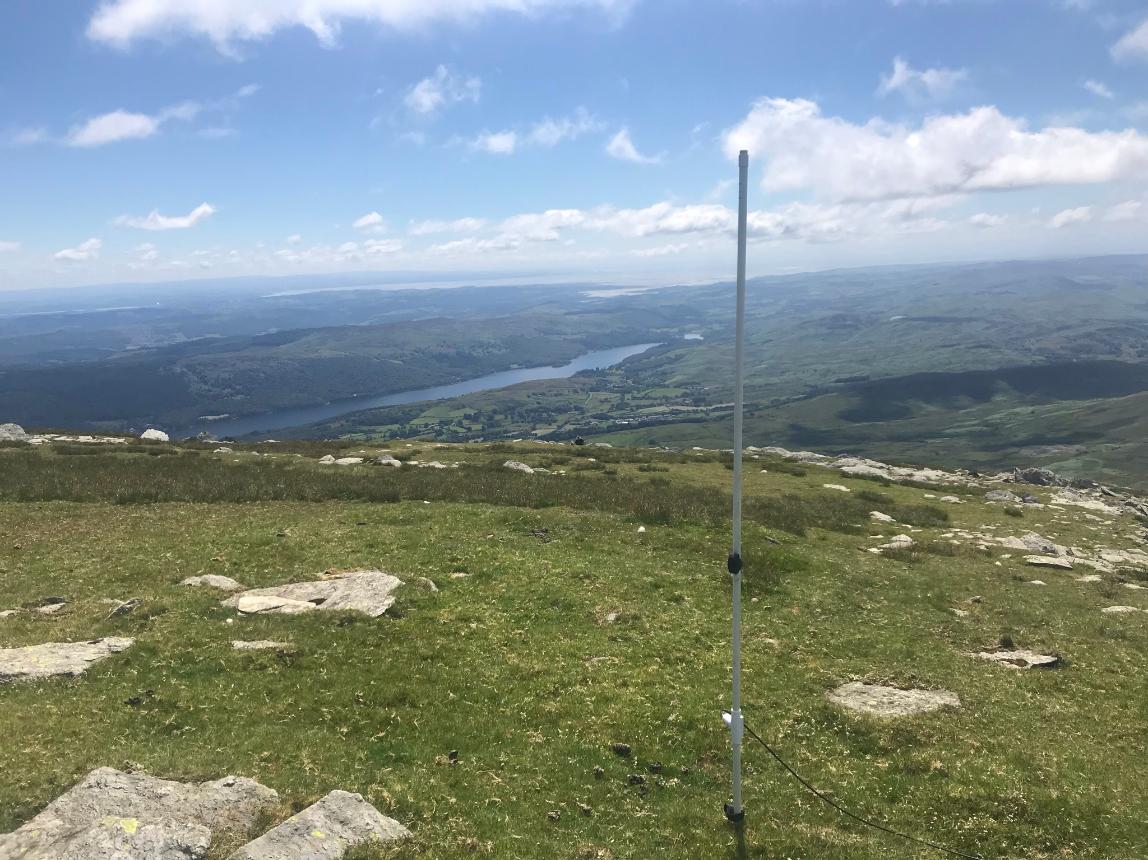