After not being able to get out SOTA'ing for a couple of months due to work and other commitments, I used a days annual leave for mid September where Nick G0HIK and I decided to head out of 'LD' and activate Whernside G/NP004.  Both Nick and I were last up Whernside in September 2018, so we decided it was time for another activation.  Travel time from home is about and hour and 20 minutes to a parking place on Thornton lane.  Its a single track lane with plenty of passing places and a good few miles from the village of Thornton in Lonsdale (turn up Thornton Lane at the Marton Arms).  There are 2 gates to go through on the way to the parking area - which is just off the road with room for 2 or 3 cars.  We arrived at just after 10am on a Friday morning and there were no other cars parked.

The walk up to the summit took around 45 - 50 minutes and there is a well defined path.  There is a wall at the top (along with a cain) and its worth going over the style to take a look at the Ribble Valley and viaduct.  My first CQ call generated a nice pile up, and in the course of just over an hour I'd worked 30 stations including one S2S; Wild Boar Fell.  The walk back down took around 35 mins.

It was good to be out on a SOTA again after a few months off, and thanks, as always, to those who came back to my calls. 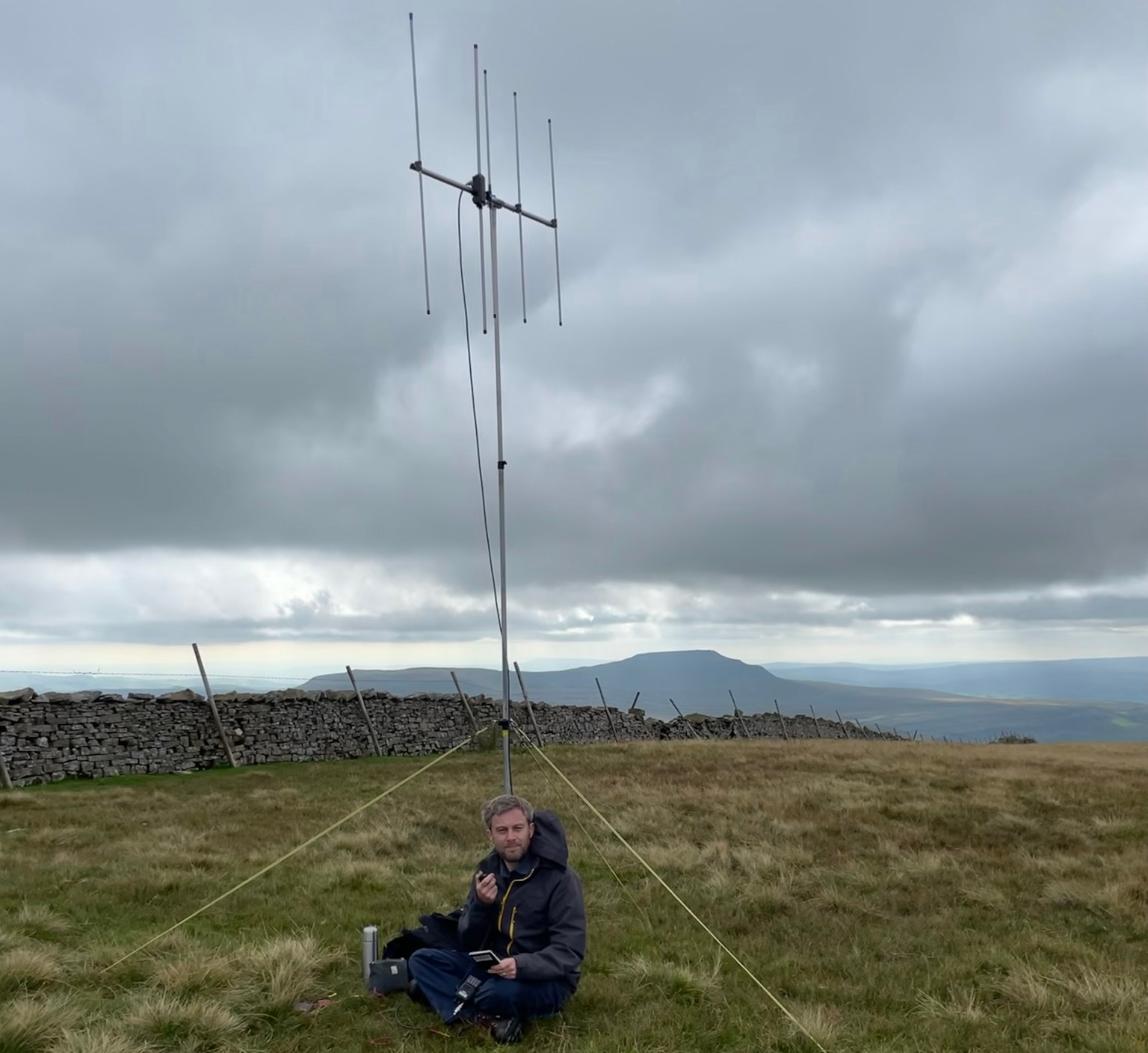